#hitlerwasright:National Action and National Socialism for the 21st Century

This article examines the new neo-Nazi organisation National Action. It firstly offers and overview of the group, from its formation in 2013, to its latest activ- ism in 2014. It then develops three analytical concepts to explore the nature of the group in greater depth. It firstly presents National Action as a groupuscule operating within a wider milieu of extreme right organisations in the UK, some of this it has developed working relationships with, others it rejects as inauthentic. Secondly, it analyses the transnational dynamics of the group, revealing its engagement with groups outside of Britain. Finally, it examines how the group historicises it activity, linking the contemporary situation with the history of interwar fascism, especially Oswald Mosley’s British Union of Fascists. It concludes that, at the present moment, National Action poses limited risks to the public, however this could change over time given its extremist ideology and its links to international organisations.

This article, written five years ago, now reads like something from a different time. It documents what was then a new neo-Nazi youth group in Britain, National Action. Since I wrote it, National Action went on to develop a high profile in the UK, vocally idealising terrorism, including praise for the murder of Jo Cox MP by a neo-Nazi lone actor at the height of the Brexit referendum in 2016, and engaging in a wide range of antisemitic and racist activity. The group was proscribed under terrorism legislation at the end of 2016, a highly unusual act in Britain for extreme right groups. National Action helped spawn a wider international neo-Nazi movement, now often dubbed accelerationist groups, which have included Atomwaffen Division, Feuerkrieg Division and The Base. After being banned, activists linked to National Action founded several follow-on groups, such as Scottish Dawn and Sonnenkrieg Division, which have also now been proscribed. There were also a series of trials from 2017, where National Action members and those linked with its follow-on groups were convicted under a range of terrorism-related charges, which included a plot to murder an MP. This raises the question: why focus on this extreme right group in a new journal dedicated to the study of populism?

Cas Mudde has neatly explained that the main difference between the ‘populist radical right’ and the ‘extreme right’ is that the former engages with the democratic process, whereas the latter rejects the democratic system. Variations of this distinction can be found widely across the literature on populism. For example, Matthew Goodwin and Roger Eatwell draw out a similar set of boundaries in their ‘national populism’ concept, which they deem distinct from fascism. Roger Griffin also underscores the need to distinguish between the populist radical right and fascism.

Notably, however, Griffin’s influential definition of fascism – ‘palingenetic, populist ultranationalism’ – included the word ‘populist’ within it. For Griffin, populist ultranationalism in interwar fascism was a politics that saw the existing political elites as corrupt and set against the people, and so fascist politics drew its appeal through a politics that claimed it was for the ignored people and against the corrupt existing elites. Such populist ultranationalism is rarely successful today, Greece’s Golden Dawn may be a rare exception. Also, memories of the successes of interwar fascists still inform neo-Nazi fantasies that they one day will also enjoy widespread support, at a time of crisis.

Moreover, another of the key concepts in this article is the ‘groupuscular’ nature of the extreme right, another analytical term drawn from Griffin. He uses this term to conceptualise the adaptions that fascisms have made in post-1945 circumstances, where the ideology was widely discredited. He stresses that newer forms of fascism had found a role in polluting contemporary political cultures by rejecting ambitions to become largescale organisations in the short term. Instead, contemporary fascists seek to develop new strategies based around tiny organisations aimed at specific target audiences. These small groups, or groupuscules, can act collectively, or they can be divided, they can be more long-lasting, or they can dissipate and take new forms. One key point was to consider the influence exerted by the networked groupuscular culture collectively, not merely the individual groupuscules.

The role played by myriad extreme right groupuscules collectively polluting wider political discourses over time, in ways also advantageous to phenomena such as the populist radical right, can be seen by analysing trajectories of some of the language employed by groups such as National Action. In particular, for this introduction it is worth reflecting on two terms found in this group’s discourse in 2014, to explore the messy boundaries between the language of the extreme right then, and how it typifies a set of themes that have grown in the discourse of the populist radical right, and beyond, in the years that have followed. The terms ‘cultural Marxism’ and ‘white genocide’, common terms in National Action’s activism yet unusual beyond extreme right contexts in 2014, underscore these blurred, and shifting, boundaries.

‘Cultural Marxism’ is a term that was developed in the 1990s, by among others William S. Lind and Pat Buchanan. It argues that Jewish intellectuals of the Frankfurt School developed a specifically cultural form of Marx’s politics that have outlasted the impact of economic Marxism, which had failed with the fall of the USSR. The focus on the Jewish intellectuals who were often drawn to the Frankfurt School gives the cultural Marxist term a distinctly antisemitic dynamic, yet like any conspiracy theory it can take on a variety of forms. This language also has older historical echoes to fascism, as Adolf Hitler talked of ‘cultural Bolshevism’ as a way to decry modernist cultural trends he rejected.

By the 2010s, this language could be found elsewhere in the discourses of the European far right. For example, in Britain Nick Griffin, then leader of the British National Party, often used the term cultural Marxism. However, this was limited normalisation as his party was widely seen as a fascist party merely masquerading as a populist radical right party. The term was also a noted feature of extremist phenomena such as the manifesto of Anders Breivik. It was no surprise, therefore, to find the still fairly obscure term cultural Marxism being used by an extreme right groupuscule, National Action, when I wrote this article, but since this time the term has become increasingly prevalent.

For example, in the summer of 2020, Nigel Farage, leader of the Brexit Party and former leader of the United Kingdom Independence Party – both clear examples of the populist radical right – used the term quite unapologetically. He did so when reflecting on Black Lives Matter, especially in a Tweeted video on 18 June 2020. Here, Farage explained that Britain faced a fundamental threat from BLM, a clear example of cultural Marxism in his analysis, and added that this threating left-wing agenda was supported by the mainstream media. Like other forms of cultural Marxism, according to Farage BLM sought to ‘destroy everything this country has ever stood for’.

This usage builds on a wider normalisation of this language. In America, the ‘alt-right’ movement from the mid 2010s developed variants of the ‘cultural Marxist’ discourse as well. Richard Spencer notably promoted the term, while over time cultural Marxism has become increasingly used in mainstream media discourses, often cited in ways uncritical and even unaware of its antisemitic origins. Moreover, intellectual figures with clear influence within the populist radical right, such as Jordan Peterson, have also championed the term. In Britain, by 2020 even mainstream right-wing figures, such as the Conservative MP Suella Braverman, have used the term, and defended their use of it.

As cultural Marxism has permeated into mainstream, so has the even more extreme sounding ‘white genocide’. This language again would have seemed highly unusual, outside of extreme right circles, when I wrote this article in 2014. This idea was formulated in the 1990s by figures such as the influential American neo-Nazi David Lane, in his White Genocide Manifesto. It was developed in the 2000s by ideologues such as white supremacist Robert Whittaker, whose ‘Mantra’, claiming ‘Anti-Racist is a Code Word for Anti-White’, argued that there was a systematic effort to eliminate white people from the world. In Europe, another variant on this theme came from Renaud Camus’s book The Great Replacement. Unlike the other two examples, this was not an overtly antisemitic variation of the idea, and mainly argues against Muslim migration to Europe. Camus has influenced a wide range of figures, from the gunman who killed 51 people in Christchurch, New Zeeland, on 15 March 2019, to motley assortment of extreme right demonstrators at the infamous Unite the Right rally in Charlottesville, Virginia, in August 2017.

White genocide theorists often focus on South African contexts. So, when Donald Trump Tweeted in August 2018 that his Secretary of State, Mike Pompeo, needed to investigate ‘land and farm seizures and expropriations and the large scale killing of farmers’, this was seen as a reference to the white genocide theory. While the populist racial right Trump seemed to endorse concerns about white genocide in the US, some cognate European politicians have also taken up this language. For example, Caroline Sicard, aide to Front National’s Stéphen Ravier, supported the white genocide conspiracy theory on social media while standing for election in legislative elections in 2017.

In Britain, the first leader of the Brexit Party, Catherine Blaiklock, was forced to resign in 2019, following revelations of a series of racist Tweets endorsing the white genocide conspiracy theory. These included retweeting messages from former prominent British National Party activist Mark Collett. One showed a picture of a multicultural primary school alongside the message ‘This is a British school. This is white genocide’. Another, by Collett and retweeted by Blaiklock, stated that multiculturalism was ‘the replacement of the indigenous European population’. Notably, Blaiklock had a longer career as a senor figure in a populist radical right party, as she has previously been an economics spokesperson for UKIP.

My point with this introduction has been to reflect on something I am sure many colleagues reading this will recognise from their own work: the drift within the boundaries of the populist radical right and the extreme right. Mudde’s distinctions between the populist radical right and the extreme right offer a clear way to draw contrasts, and his influential contributions are crucial to understanding the contemporary situation. However, while maintaining this distinction there is also a complex story to tell about the overlap between the discourses of populists and those of extremists, and how this has entered the mainstream as well. National Action’s discourses are more prevalent in populist radical right and mainstream circles than they were in 2014, and helps to show how the extreme right’s language can pollute wider political discourse. This makes a strong understanding of the more fringe extreme right essential for those studying populism.

Indeed, Griffin’s modelling of the groupuscular extreme right, written in 2003, concluded rather presciently that in the future, through the rise of online communication, there would be innumerable extreme right groupuscules, each attacking the structures of contemporary democracy and presenting their utopian visions as solutions to the supposed ills of modern society. These networked groups would collectively act as a sort of political ‘dark matter’ ensuring the ‘centre of gravity of western democracies stays firmly on the right, an invisible counterweight to visions of a shared humanity and social justice for all’.

With this in mind, I encourage readers in their future research to reflect on the relationship between truly extremist groups, such as National Action, their complex intersections with the populist radical right, and mainstream cultures that give boundaries to what is acceptable and what is taboo. Many of these boundaries seem to have changed since this article was written in 2014, and are likely to continue shifting into the future.

Auteur(s):Paul Jackson is Associate Professor at the University of Northampton. He curates the Searchlight Archive, one of the UK’s largest collections related to the history of the extreme right. His most recent book is Colin Jordan and Britain’s Neo-Nazi Movement (2017). 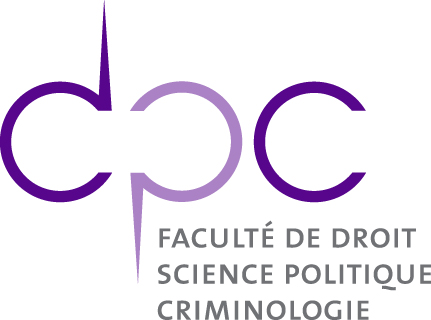